When talking about fashion, clothing designers such as Hugo Boss, Christian Dior and Yves Saint Laurent may come to mind. Yet fashion is more complex then the threads these designers weave; it is a custom or style of dress intertwined with society, its norms and culture.

For example, in several tribal communities in Southern Africa men go completely naked except for a string around the waist. Women usually were traditional tribal clothing, but sometimes go topless, especially in the hot summer months. This type of dress attire is taboo in most western countries, yet perfectly normal and appropriate for tribal society. If we were to invite a few members of an African tribal community to visit the United States, they would need to conform to the country’s dress code in order to fit in. If, however our interlopers chose to ignore U.S. dress norms and walked around the streets of New York wearing only tribal attire, they would probably be arrested, or sent to Bell View for Psychiatric evaluation. Thus, what is normal dress in one country is considered bazaar, illegal, or even psychotic in another.

Take George for example, he’s an average guy with a good build, however heads turn when he shops at a local Sears store wearing a woman’s dress. If we ask George’s friends to describe him, they say he’s a good guy, but odd because he likes wearing women’s clothing. When George proceeds to purchase a blouse at Sears the sales girl looks awkward ringing him up. After he exits the department the sales girl turns to a co-worker and starts to laugh. When people violate dress norms they could find themselves mocked, isolated or even ostracized form society.
If we could turn the clock back a few minuets and transport George to a parallel universe in which women dress like men, and men dress like women then George would fit in perfectly. As he shops at Sears nobody blinks an eye. George’s friends now describe him as a great guy and a good dresser. Even the sales girl smiles as she rings him up. After he leaves the department the girl still turns to a co-worker and starts to laugh, not because George is wearing a dress, but because she’s made a date with him for dinner and a movie that night. Ironically in both universes George’s personality and dress attire is identical, yet peoples attitudes and perception towards him has changed, due to the difference in cultural settings.

Finally meet Pam, as she’s out shopping on a freezing winter night wearing a T-shirt and shorts, people think she’s crazy. Although Pam’s attire is normal for a hot summer day, it looks odd when worn in the dead of winter. Six months latter in June, when Pam shows up at wedding wearing a tank top and shorts, people conclude she’s insane. Of course Pam’s dress attire is perfect for summer, but inappropriate for a wedding. Thus, what is normal dress code for a culture can be considered abnormal if worn during the wrong session or social context.

As long as people wear clothing, fashion will always be intertwined with society, its norms and culture. As a result, the next time you purchase an article of clothing at your local mall or on-line, will it truly be your decision or will you be influenced by the culture around you? 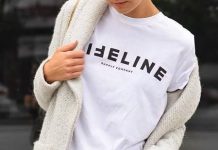 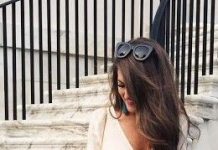 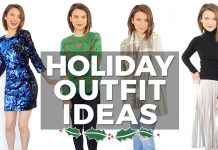 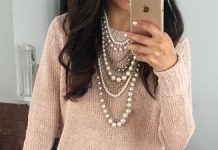